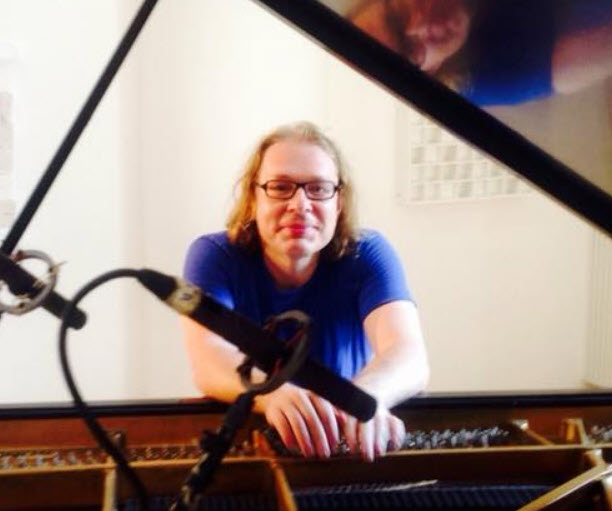 Vladimir Katz
Pianist / composer / educator
Vladimir was born in Moscow and currently resides in New York City. An avid student of jazz, his formal training, which included early training in Israel, began at age 5, and by age 12 Vladimir had completed his first composition for piano, “Etude in D Minor.” From 1998-2001 Vladimir was an active member of the International Center for Creative Music in Jerusalem under the patronage of the late Arnie Lawrence, a major inspiration and influence in Vladimir’s decision pursue a career in Jazz in NYC.

Vladimir’s passion for jazz brought him to NYC in 2001, where he studied with legendary Jazz pianist Kenny Barron at the Manhattan School of Music through 2003. After his graduation from the New School of Jazz and Contemporary Music with a BFA in Jazz performance, Vladimir continued to study piano privately with Mr. Fred Hersch, an outstanding and inspiring pianist. Vladimir continues to be active on the New York jazz scene, performing in venues such as “Smalls”, “55 bar”,” Fat Cat,” and concert halls including Steinway Hall, Borden Auditorium of the Manhattan School of Music, and Princeton University. Over the years, Vladimir has performed with virtuosic artists including Arnie Lawrence, Reggie Workman, Mark Whitfield, Jay Clayton, Sheila Jordan, Dennis Irwin, Victor Lewis, Bernard “Pretty” Purdie, Charles Tolliver, and Solomon Dorsey.

In 2007, Vladimir was chosen to participate in a Bösendorfer Solo Piano Jazz Competition at the Montreux Jazz Festival as a Semi-Finalist.

Vladimir was a recipient of a Sally Berg Private Foundation Fellowship in 2002-2003, the New School for Jazz & contemporary Music Scholarship in 2004-2006, the Israel’s Young Artists Award in 1999.
In March 2014, Vladimir presented a Debut Album as a Leader at the prestigious ‘Smalls” jazz club in New York City. The album was recorded in October 2013, and features Rick Rosato on Bass and Colin Stranahan on Drums, both young and dynamic members of the international jazz scene today.

Currently, Vladimir eagerly awaits the end of the pandemic, so he can be active again on the New York Music scene. He performs with his own trio, as well as with such musicians as Victor Jones, Valery Ponomarev, Alexi David, Phil Stewart and many others.

Vladimir is also active as a music teacher on SKYPE. He applies holistic and humanist approach, drawing on his knowledge of both classical and jazz piano. Vladimir applies a highly individual approach to every student, teaching both adults and children.